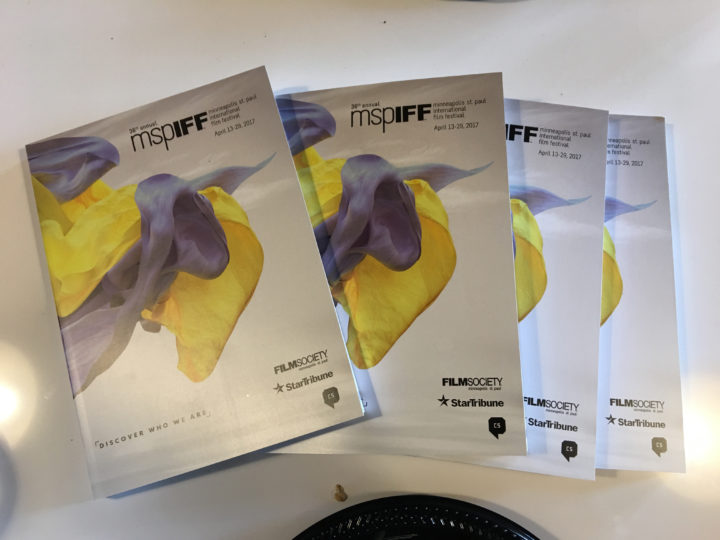 First Daughter and the Black Snake was chosen as the Best MN Made Documentary Feature by the Film Society of Minneapolis and St. Paul and the Minneapolis St. Paul International Film Festival!

The awards brunch was held at the A Mill Lofts just down the street from St. Anthony Main Theater where the film festival holds the majority of their screenings.

Director/Producer Keri Pickett of the First Daughter and the Black Snake with the Minneapolis St. Paul Film Society team at the awards brunch.

I didn’t know it at the time but Brian Few was filming my reaction to receiving the award. I really was not expecting the award and so it was a shock to win the award. I gave a high five to the editor of the film Daniel Geiger but he didn’t seem as surprised as I was to receive the news. One of the jurors told me that my film was a top favorite of the jurors with everyone voting in favor.

The jurors said this: “The MN Made Documentary Feature Award goes to First Daughter and the Black Snake by Keri Pickett. Many people have heard of Winona LaDuke but most do not really know her. By watching this documentary we feel like we were following a Minnesota filmmaker on a journey to understand LaDuke. Pickett’s tenacity as a director is admirable as she filmed her subject with incredible access and intimacy. When we were done watching this film, we felt as though we truly knew Ms. LaDuke, her family and community and we were moved by her fight to save Ojibwe land and water for future generations.”

It is nice to have a physical object to represent the award and I put the statue in the window of my Historic Old St. Anthony studio right by the film’s poster. Love it. 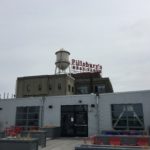 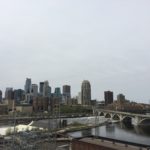 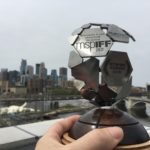 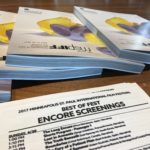