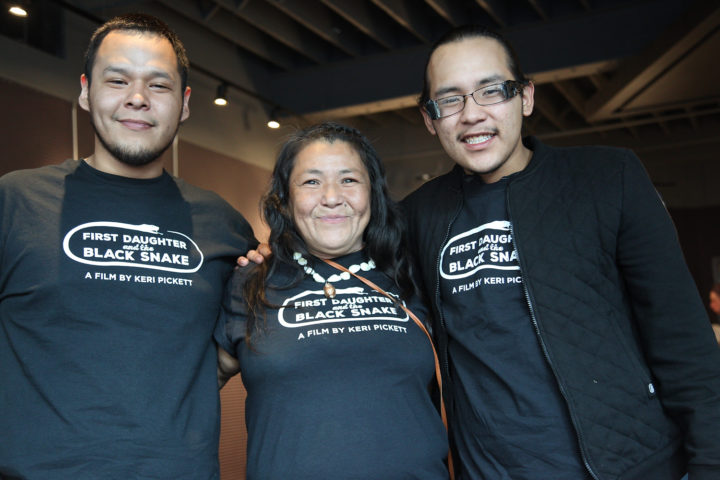 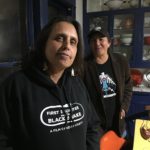 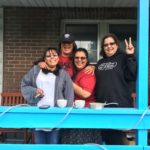 Annie Humphrey with First Daughter and Honor the Earth swag!

After years of wearing Honor the Earth swag I have come to appreciate the value of being a walking billboard. One time while deplaning a woman commented on my hoodie which has a quote by Winona LaDuke on the back. She said she had heard Winona speak and it helped her to understand the value of protecting the water from oil pipelines. Looking at my photos from years of Winona’s ride against the current of oil it is great to see the riders wearing the Honor shirts… kinda like a team. Mother Earth’s team.

This is Winona’s quote printed on the back of the T-shirt and hoodie.

We have this prophecy called the time of “The Seventh Fire,” which time we’re told that we have a choice between two paths. One path, they say, is well worn, but it’s scorched. The other path, they say, is not well worn and it’s green. It’s our choice upon which path to embark.  –Winona LaDuke
Annie Humphrey First Daughter and the Black Snake Keri Pickett Lorna Hanes prophecy swag T-shirts and hoodie The Seventh Fire Winona LaDuke