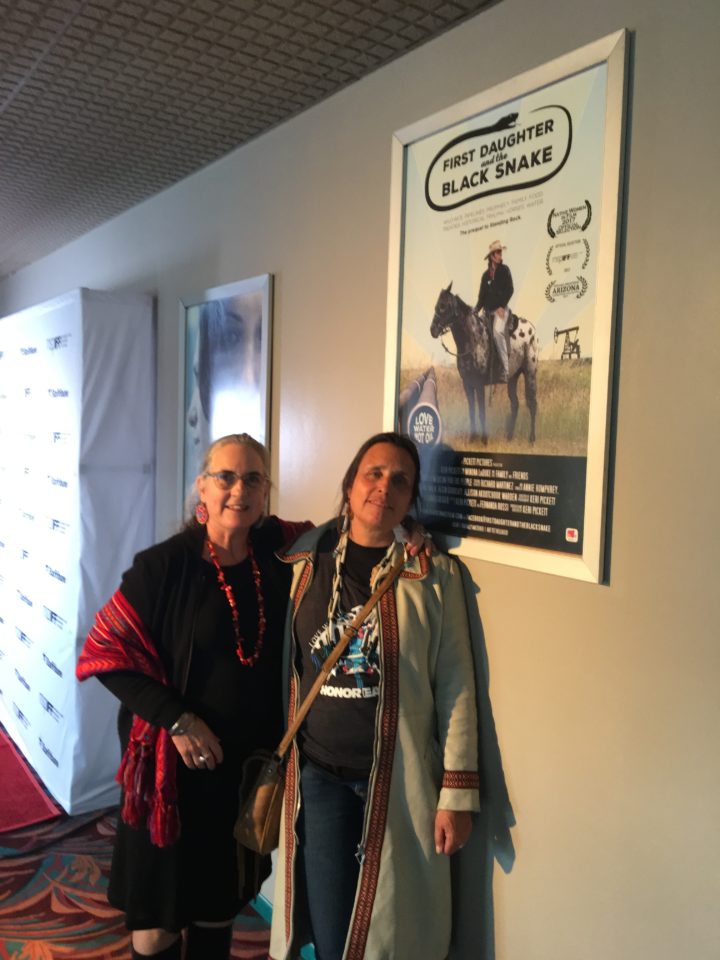 Audiences love the film! Winona LaDuke has spoken at just about every university, church and community center in this town over her many decades of work preserving Indigenous culture and the environment. Her popularity is widespread as most people love her once they have heard her speak. So it isn’t a big shock that audiences would be interested in a film about her – but still – this is so great!

It was chosen to screen at the Minneapolis St. Paul International Film Festivals Best of Fest program on 5/3/2017 at St. Anthony Main in Theater 3.

The audience award is very cool because it is the award of the people. Audience members can rate the films they see at film festivals and those statistics are posted each day and help other festival goers know what to see. For filmmakers it is hugely important to know if your film is working for your audience so the list is important for filmmakers too.

Your vote counts. What not to miss is ranked by the ballots handed out at the door upon arrival. The MSPIFF ballots are torn to match a series of stars from 1-5 stars. Five is the best. First Daughter and the Black Snake lead the audience polling following its’ first screening at the Uptown Theater. It was only on the last night of the festival that the documentary Delores jumped up to the top audience spot with another film right behind it and FDBS in third place by a fraction of a percentage.

This is a Minnesota story so it is so great that Minnesota audiences loved the film so much. Thanks everyone!