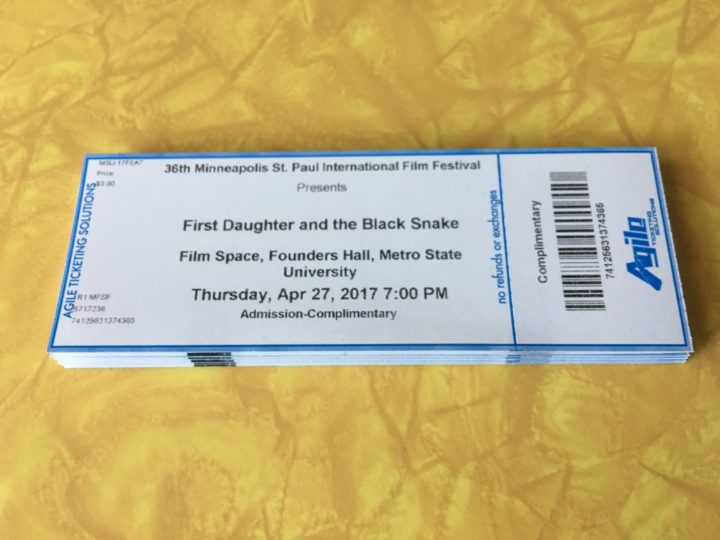 The MSPIFF 4/27/2017 screening was in a beautiful new theater at Metro State University in St. Paul, MN. The house holds over 300 people and the theater was 85% full. The projection and sound were really great and the audience laughed and clapped and really enjoyed the movie. The film’s editor Daniel Geiger joined Keri Pickett for the Q&A following the film and the questions were really good. Kory Northrup’s daughter asked how I got the camera up in the sky as there is beautiful drone footage in the documentary. One audience member was able to update people on the Omnibus bill 888 which would allow the oil and gas industry from skipping the Public Utility Commission’s Certificate of Need process. That bill was vetoed by Governor Dayton. Thanks Governor!