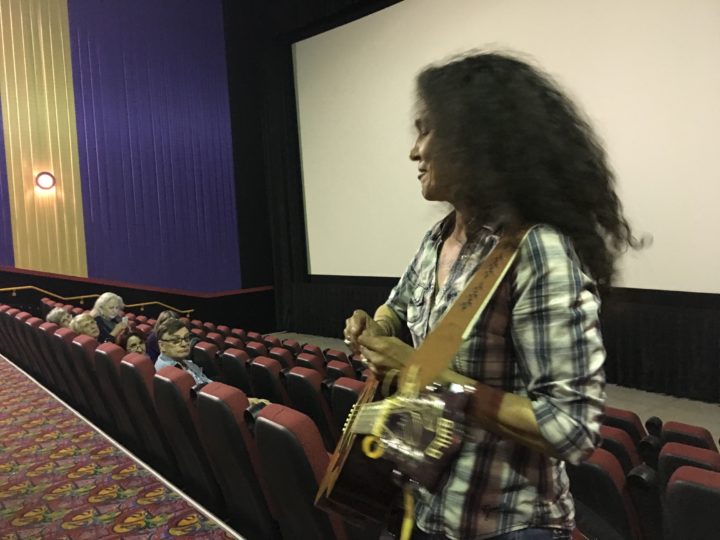 The Minneapolis St. Paul International Film Festival teamed up with the Rochester Film Festival and they share films. The screening was in a brand new huge multiplex with so many seats it was like a concert hall. I bet there were 700 seats in the theater! The audio system was surround sound and the projection was perfection. This audience was the smallest to date but they got the best viewing experience. The film seemed to fly by!

The singer and songwriter Annie Humphrey’s music starts and ends the documentary film. She also is a visual artist whose murals have made the White Earth Indian Reservation village of Pine Point a more colorful place to live. She also is in charge of the Line 3 campaign for Winona LaDuke’s organization Honor the Earth. Annie was kind enough to come with me for the screening and she treated the audience to a song. Following the music, Annie joined the editor Daniel Geiger and myself for the screening and a question and answer session. Patrick Tsai of Honor the Earth brought literature on Line 3 and Honor swag to the screening.

Annie Humphrey updates the audience about Line 3 and talks about the importance of wild rice in her and her family’s life.

Patrick Tsai of Honor the Earth